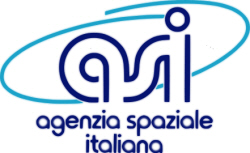 Known as Agenzia Spaziale Italiana (ASI), The Italian Space Agency was founded in 1988. Its purpose was to coordinate all of Italy's efforts and investments in the space sector that had begun in the 1960s. Within over twenty years' time, ASI became one of the most significant players in the world in space science, satellite technologies and the development of mobile systems for exploring the Universe.

Today, ASI has a key role at the European level where Italy is the third contributor country to the European Space Agency. It also is involved at the international level. For example, ASI has a close working relationship with NASA, which has led to its participation in many of the most interesting scientific missions in the recent years. One of the most fascinating projects has been the construction and activities of the International Space Station where Italian astronauts are by now at home.

Thanks to ASI's efforts, the Italian scientific community has had unprecedented successes in recent years in astrophysics and cosmology, contributing among other things to reconstructing the first moments of life in the universe or making essential steps towards understanding the gamma ray bursts phenomenon. Furthermore, ASI has contributed significantly to space exploration by building scientific instruments that are aboard NASA and ESA probes bound for discovering the secrets of Mars, Jupiter and Saturn. In all of the major missions planned for future years-from Venus to the comets, up to the outer limits of our solar system-there will be a piece of Italy.